Glass Artist Peter Layton will be at Pyramid Gallery between 4.30 and 6.15pm 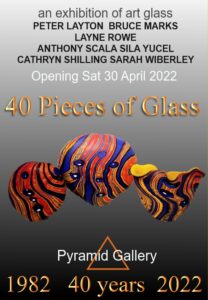 (if you wish to return to Terry’s Blog click HERE )

Pyramid Gallery is celebrating its 40th Anniversary in 2022. In that period, Peter Layton has taken part in many exhibitions of glass at Pyramid Gallery and for at least 30 years has constantly been represented by the gallery. As have many associates of London Glassblowing.

To celebrate 40 years of promoting British studio glass, this show will display 40 pieces of art glass that have a connection to London Glassblowing, which is itself celebrating an important anniversary – 45 years. 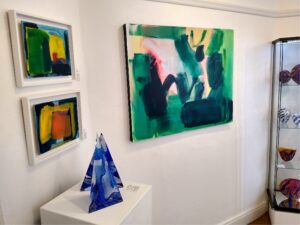 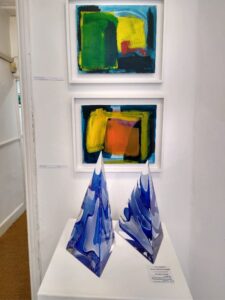 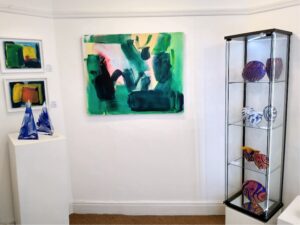 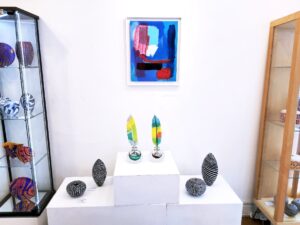 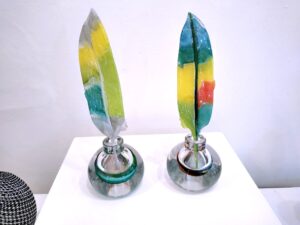 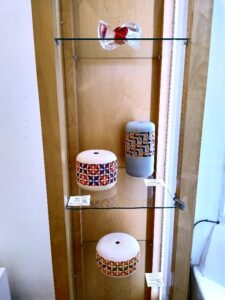 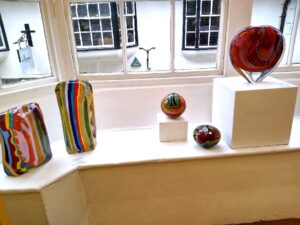 Cathryn Shilling is an internationally renowned glass artist, whose work is widely collected and  exhibited.   After graduating in Graphic Design from Central School of Art and Design in London, Cathryn worked as a Designer until her family’s move to the USA in 2001 prompted her to pursue a new and exciting creative direction. She studied the art and craft of Stained Glass in Connecticut and then on her return to London in 2004 Cathryn began studying and working with kiln formed glass as well as becoming a student of blown glass at Peter Layton’s London Glassblowing Studio. In 2007 she began making in a studio near her home in London working alongside three other glass artists. In January 2010 Cathryn began to work with Peter Layton in The Gallery at London Glassblowing as Curator and Exhibition Coordinator.

More to be added … please come and look again on Thursday