How Diving featured in my work

Springboard Diving was my favourite sport which I started to enjoy in 1948 when I was swimming competitively, competing for London against Schiedam in Holland in a gala celebration at the abdication of Queen Juliana. I was becoming bored with the training pattern as a free-style competitor, swimmingendless lengths of whatever pool my club the{ South London Swimming Club} was training at and at whatever meet we were competing in. Holland was pretty in 1948 and the girls were pretty too but the training regime was ‘boring’.

One morning at an open training session a saw a group men obviously enjoying themselves jumping of the diving platform at the deep end of the pool. I approached them to discover that they were members of the Highgate Diving Club, three of them had recently competed for Great Britain at the London Olympic Games. Here they were practising their competition dives on a one metre spring board, I was envious of their freedom and the fact that each time they dived it was a new experience because so many thing need to be brought into play, such as balance, physical control, the rhythm of the bouncing springboard and your position in space during the performance of the dive. Mastering all these factors calls for repetition of course, your body memory requires this to key the mental confidence to plan and carry out a particular diving sequence once launched from the diving board the diver is very close to flying.

Acknowledging my interest they invited me to try a few basic moves and then suggested I come along to their club and see how I got on. The long and short of it was that I soon became a Highgate Diver and spent many hours training but was never bored, diving in many competitions including County Championships. I met a beautiful girl diver, Josephine at a County Competition in that same year 1948 and we dived together for many years after, taking time off to get married and pursue our careers in the fine arts of dancing and sculpting.

In a nut shell the important elements diving has brought to my work are contained in this brief introduction diving, dancing, skilful athleticism, female grace and beauty coupled to masculine power feature in all my work

On a technical point I like my sculpture to be balanced and stable so to imply flight in a static form is an interesting conundrum which solved with my diving images by resorting to diagrammatic descriptions of the somersault, twisting flights of the divers that can be read as if from a manual of diving instructions, the subjects titled ‘Entry’ refer to the completion of any dive being the important feature that judges use to finalise their marking; enough said I think enjoy the work. 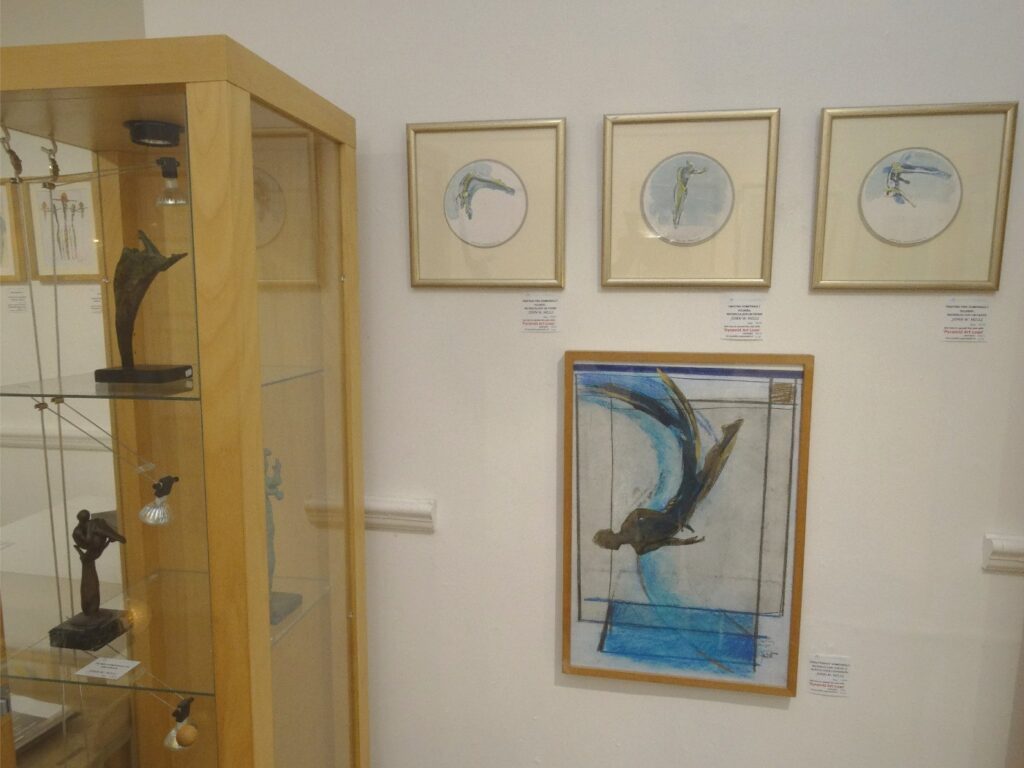 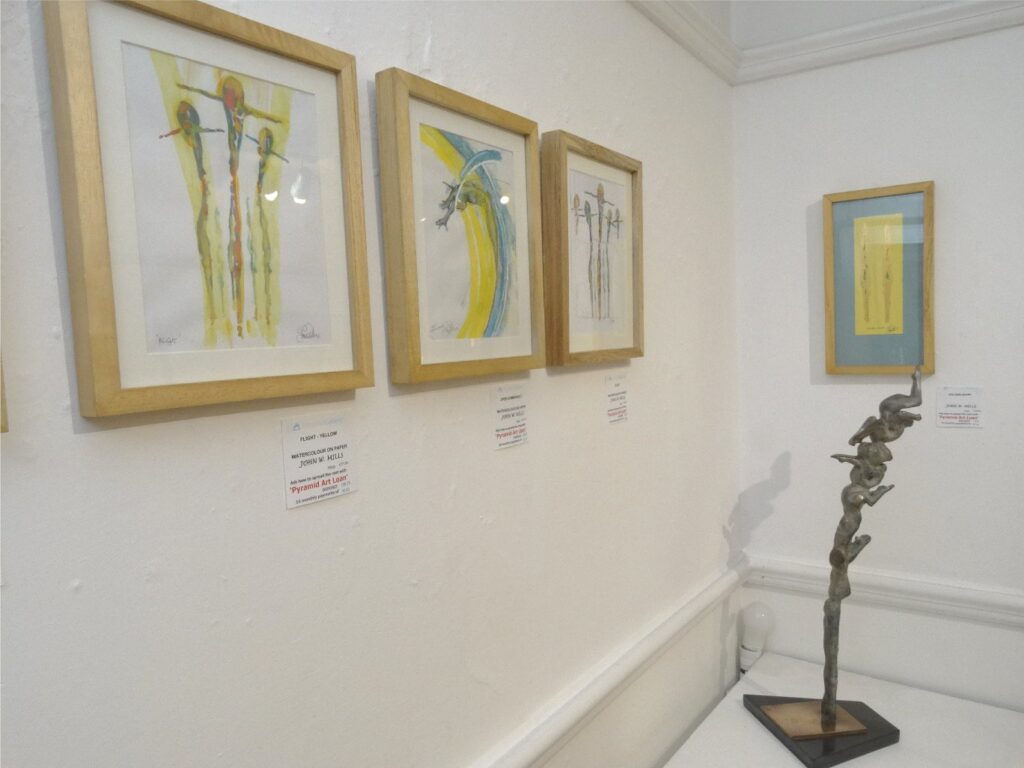