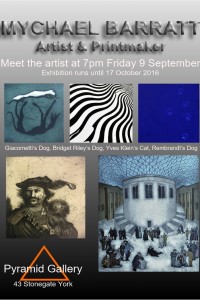 Mychael Barratt PRE was born in Toronto, Canada and has been living and working in London since 1984. This exhibition includes his  with portrayals of ‘Artist’s dogs’ plus several recent images that celebrate William Shakespeare’s 400th anniversary 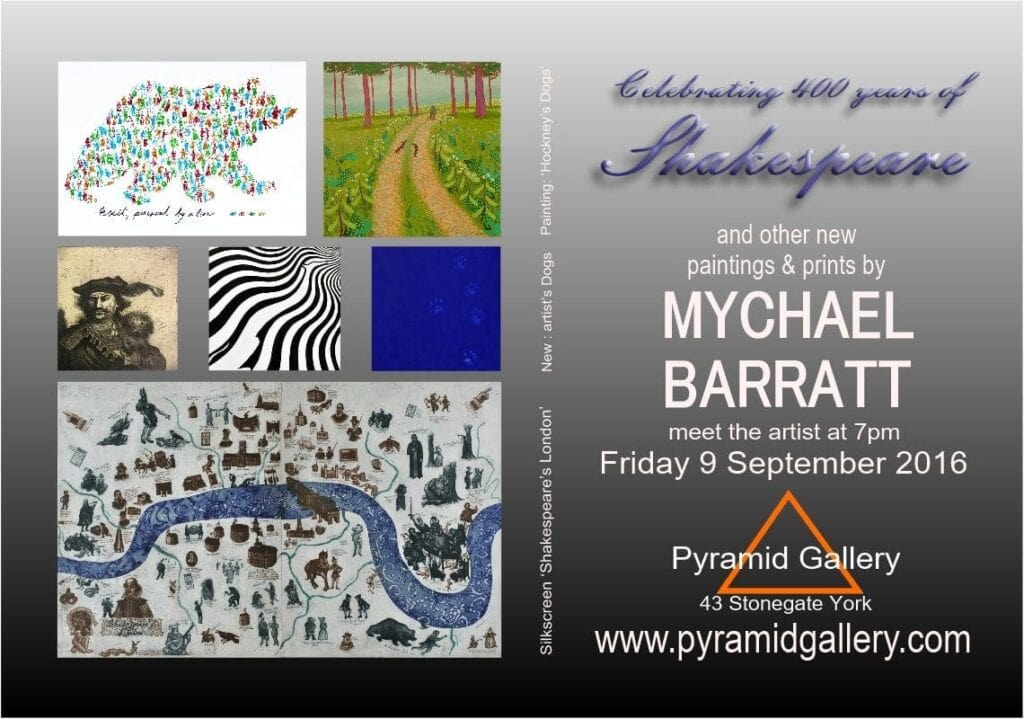 Shakespeares 400th anniversary is celebrated in print by Mychael Barratt

He was educated at the Symposium School of Art, Winnipeg, then the Nova Scotia College of Art, Halifax, Canada and in between 1989 and 1990 at Central St. Martin’s School of Art in London.

Mychael uses conventional etching techniques in his work but usually hand-colours each print after printing. His work which is usually figurative with a wry sense of humour or direct references to Shakespeare have been exhibited in many galleries across the UK, Canada, New Zealand and Cyprus.

In 1999 Mychael was elected a member of the Royal Society of Painter/Printmakers, in 2002 was made a Fellow (RE) and in 2013 was elected president (PRE). Exhibition of etchings, silkscreen prints and paintings opens on Friday 9 September 2016 and runs until 17 October