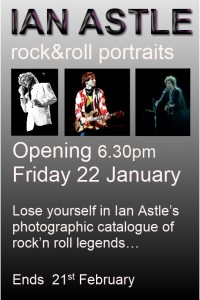 My passion for photography & music go way back to the 1970s & during the early 1980s I began photographing rock stars live in concert. At first going to gigs of musicians that I loved & building up a portfolio of photographs. This soon led me to successfully submitting my work to magazines such as THE GUITARIST, MOJO, Q, SMASH HITS, RECORD MIRROR. I also wrote a couple of technical articles for Amateur Photographer & Practical Photographer periodicals .

I was keen & enthusiastic to go and photograph any gigs, I was clearly bitten by the bug! In 1989 I was nominated Rock Photographer of the Year (Live Reportage section) at The Antwerp DIAMOND AWARDS FESTIVAL for my shots of B.B.KING & ALICE COOPER, which afterwards toured the world and new prints of these are featured as part of this exhibition. 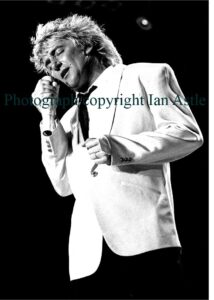 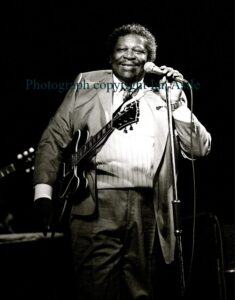 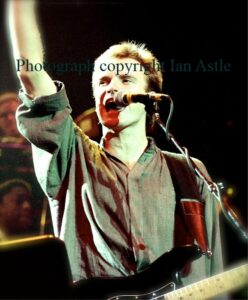 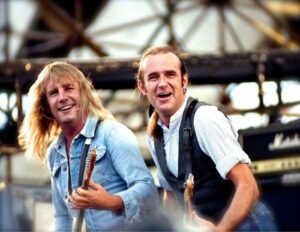 During the past few years living in York I have had several coffee shop exhibitions, but this is my first serious gallery exhibition. I have spent the past year scanning all my negatives & slides onto my Mac and have carefully organised my archives. This current show displays new prints & provides a good example of my work from that period.
I was very lucky during this era to meet many Rock Stars and collect autographed items & music related memorabilia. Many of these will be displayed in glass cabinets alongside my original photo passes..it’s time to let these go to fans &  music collectors. Signed items records, photographs by B.B.KING, ROBERT PLANT, NILS LOFGREN, STEPHEN STILLS, GRAHAM NASH, DAVID CROSBY, JACKSON BROWNE,  HOWARD JONES, JOAN ARMATRADING, RICHARD THOMPSON, IAN McNABB, PAUL BRADY, ROGER McGUINN & more! All these items will be for sale along side my framed photographs. I’m currently working on my website to reflect this collection & hopefully this will be up & running during this exhibition. ROCKANDROLLSHOTS.CO.UK

Using a camera in a concert hall in front of musicians and having a large audience behind you is a daunting but exciting experience. The thrill of famous rock stars advancing towards you and getting into their groove within seconds pumps the adrenaline. The distinctive atmosphere, heat, lighting in your face and camera lens together with the noise & vibrations of the music pulsating around you and within you.

Given 2 or 3 opening numbers only, my mission was to capture that vital moment; an expression, eye contact, the essence of a live performance. At all the concerts black & white, colour and slide film were used with a couple of OLYMPUS OM2 SLR cameras and a variety of lenses. No dgital in those days! We are talking the 1980s & 1990s where I returned home from the gig to my darkroom to develop the films and produce some black & white prints, simply a magical time. Getting them in the post the next day was a priority, hoping editors would publish one of my images. Meanwhile the local lab were developing my colour films, all in all a very expensive and time consuming activity!

Seeing my images  published  gave me a sense of satisfaction and motivated me to pursue the next visiting musician at my local venue. Here today over 30 years later from my archives the York PYRAMID GALLERY have offered me an exhibition of my Rock and Roll shots. January 23-February 21st 2016. Also on display will be my book “ROCK AND A ROLL OF FILM”  Ian Astle January 2016 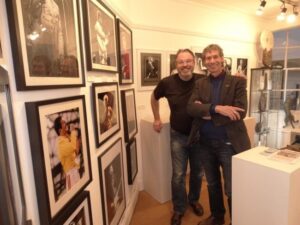 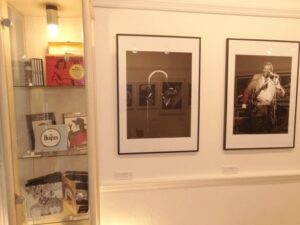 Beatles memorabilia for sale from the collection of Ian Astle 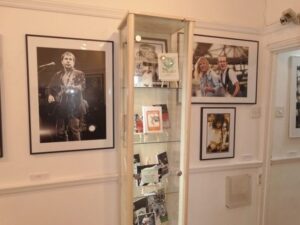 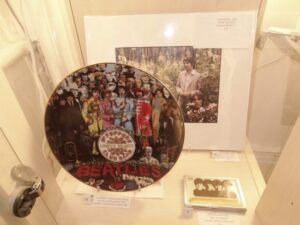 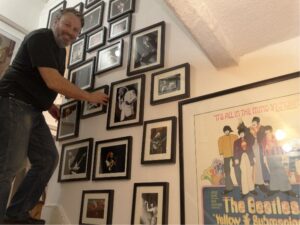