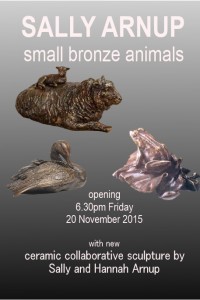 Sally Arnup was one of Britain’s most respected sculptors of animals with works in major collections, including Prince Philip’s horse ‘Storm’ commissioned for  HRH The Duke of Edinburgh. Her clients have included everyone from Her Majesty the Queen, the Earl of Chichester and Robert Fleming to the University of York and the Vintner’s Company in London.

‘I first met Sally at the Royal College of Art, Sculpture School in 1956.  After two years National Service, I arrived there desperate to pick up where I had left off, before those most interesting army experiences. I wanted to get on with the business of making sculpture. I relished the atmosphere that prevailed at the College then, under the leadership of John Skeaping.  Sally was a fellow student, one of a group who had already made serious decisions about their preferred subject matter and mode of working. This stance I admired because my two years away from any art school atmosphere had helped me to make the same kind of decision.  Curiously, despite the art world being in a state of flux and confusion, we both made the choice to working directly from the world as we saw and experienced it.  In Sally’s case her decision was to make the animal world her primary subject, and soon after the RCA, was to become firmly established as our leading animalier, with a growing national and international reputation’.   JOHN W. MILLS PPRBS ARCA FRSA 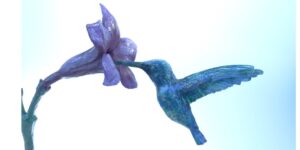 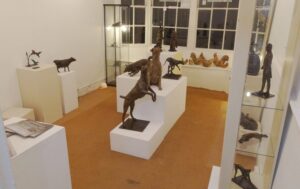 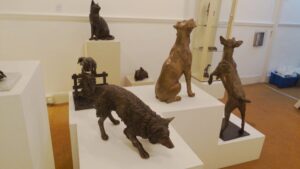 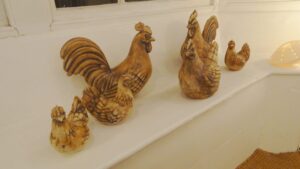 Ceramic rooster and hens sculpted by Sally Arnup, made by Hannah Arnup of Ballymorris Pottery 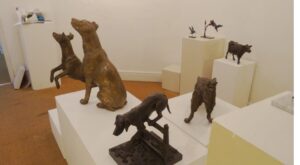 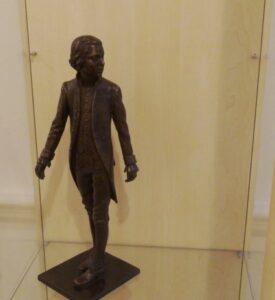 Maquette of William Wilberforce for commission at his old school in Pocklington, East Yorkshire 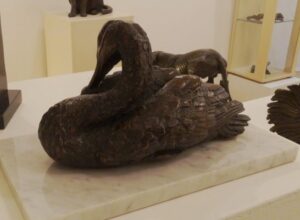 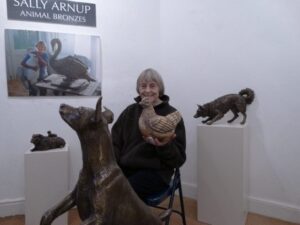 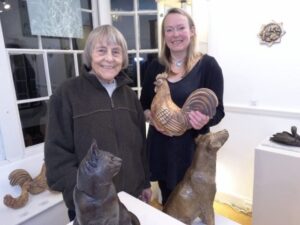