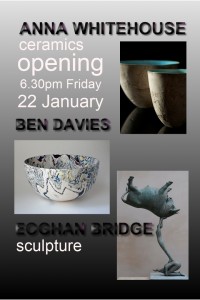 Eoghan Bridge’s iconic and imaginative art is shown at various galleries throughout the United Kingdom. He has taken part in many group and solo exhibitions. Born in Edinburgh, He now lives and works in Selby in Yorkshire
.
Following his degree show in 1985, he exhibited with the Duncalfe Galleries, Harrogate where the art critic for the Evening Standard, Brian Sewell praised Eoghan’s work and added a bronze sculpture to his own art collection.
Eoghan has two large bronze public sculptures in the city of Edinburgh ,  ‘Rutland Court Horse & Rider’ & Silvermills, ‘Horse -Rider-Eagle’.

Eoghan’s work explores the relationship and the composition between the horse & rider, despite its rich history in the world of art, it is a relationship that Eoghan feels he can explore further. Another focus of Eoghan’s work is the human figure and the abstract form 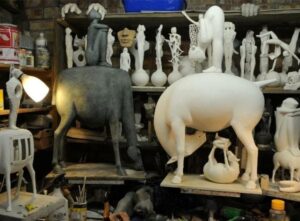 horses and riders under construction 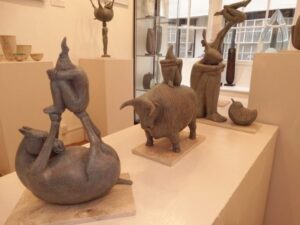 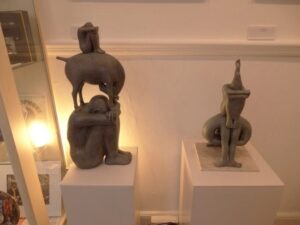 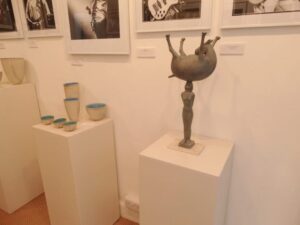 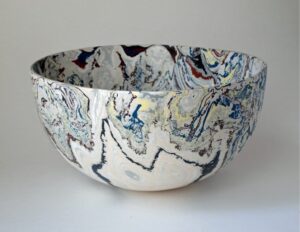 Using a variety of coloured and textured clays  I create beautiful handbuilt pots which take their forms and surfaces from nature.  Inspiration tends to come from beach stones and geological strata. By combining clays and layering slips, using a range of techniques, I am able to create dramatic effects without the use of glazes. I scrape and sand surfaces before a single firing at earthenware temperatures. After firing I sand the pots again prior to final polishing. Ben Davies January 2016 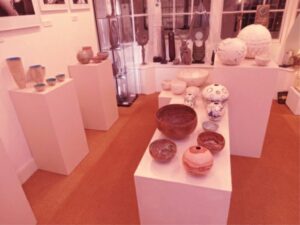 by Ben Davies at Pyramid Gallery 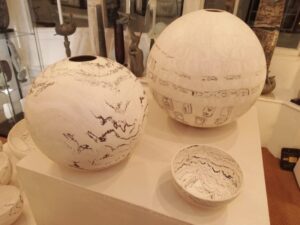 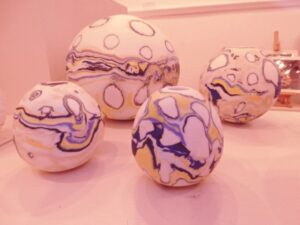 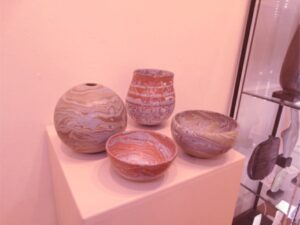 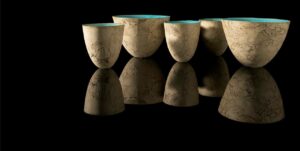 A fascination in marks of erosion and an on-going exploration of tactile objects fuels the making of ceramic artist Anna Whitehouse.

Currently based in Harrogate North Yorkshire, Anna’s practice has evolved from growing up in the region and spending time outdoors. From scrambling over rocks in the Dales to scouring the beach for fossils near Whitby, these experiences can be seen echoed in her work. 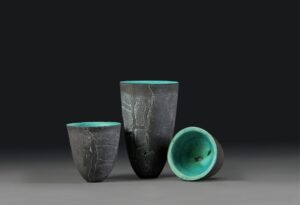 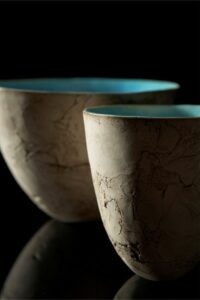 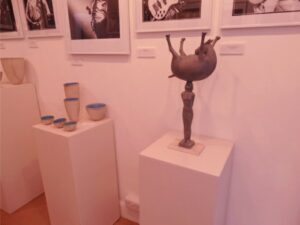