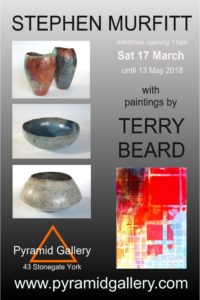 Visual Connections is an exhibition that combines the latest work of partners Terry Beard and Stephen Murfitt. Join Terry and Stephen at the exhibition opening on Saturday 17 March at 11am. Exhibition runs until Sunday 13 May 2018

Painter and mixed media artist Terry Beard does not make obviously representational images, but instead she attempts to translate what she sees into what she feels.

‘I attempt to capture a sense of depth and form using abstract elements such as colour, colour relationships, texture, mark-making and composition.  I like to develop structure within a painting, contrasting it with looser areas of colour, tone and texture’. 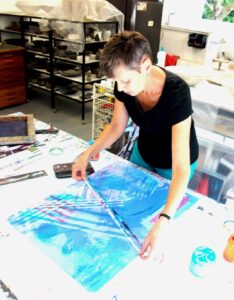 Terry Beard in her studio 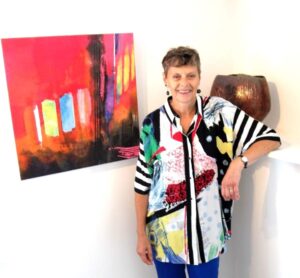 Terry Beard beside one of her paintings, with Stephen Murfitt vessel behind 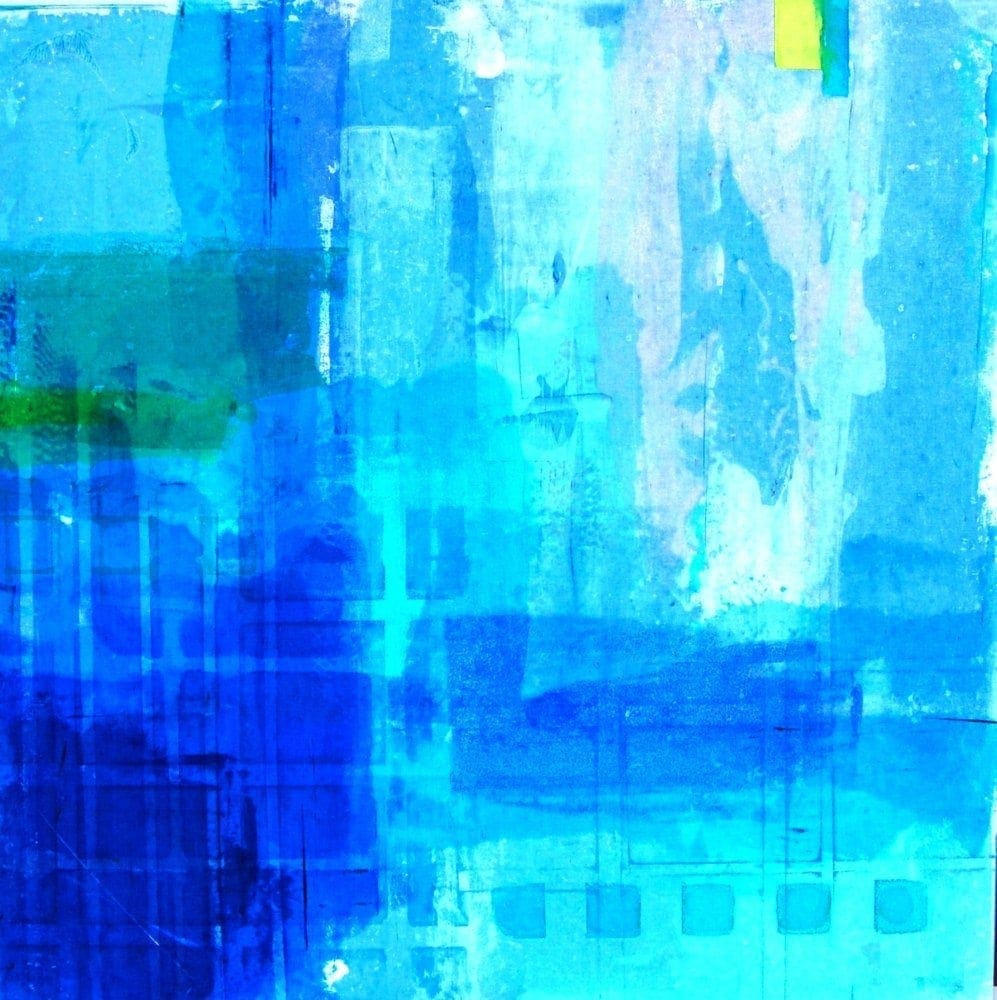 Ceramicist Stephen Murfitt makes unique hand-built and Raku-fired, forms and vessels. ‘The effects of weathering, erosion and decay provide a constant source of reference. Small groups of related forms are hand built simultaneously. The slow and contemplative pace of coiling allows for considered developments and refinements to be made. Each stage of construction enables intuitive and selective marks and textures to occur.

Glazing and firing methods are adapted to enhance the form and surface of each piece’. 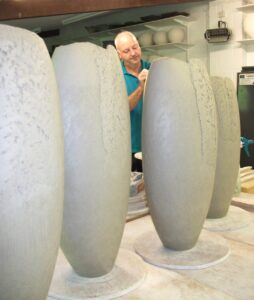 Stephen Murfitt in his studio 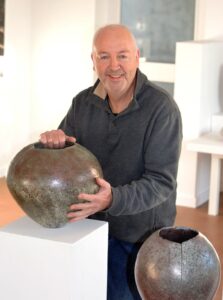 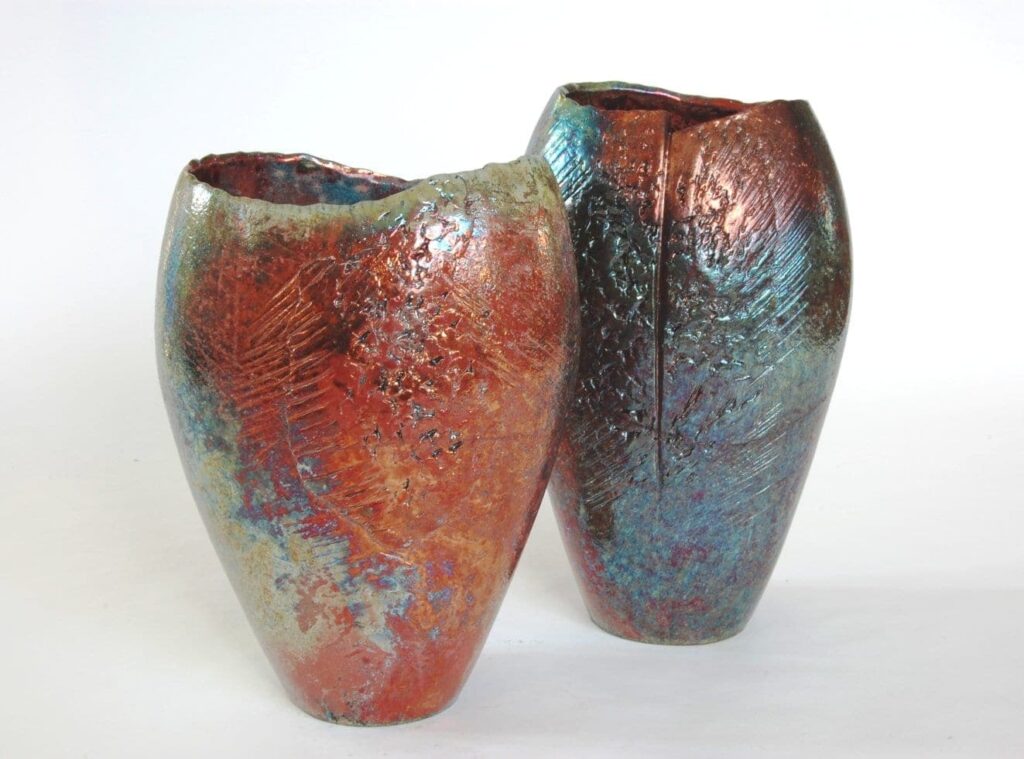