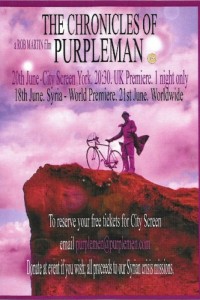 In a refugee camp near Homs, our friend ‘Aladdin’ who has access to the camp, has been talking to Syrian children about the Dream Garden project and has sent back this touching video of some of them talking about their dream and expressing it by making a picture.

Meanwhile, the film ‘The Chronicles of Purpleman’ is being shown first in Syria as a download, and then at its World Premier on Monday 20 June 2016 at City Screen in York. Tickets ARE FREE from Pyramid Gallery, and donations are invited at the event. If you wish to donate but cannot attend, then your seat can be taken by one of the 4000 soft toys that Purpleman will be taking to Turkey of Syria.

Please click HERE to watch the clip from the refugee camp 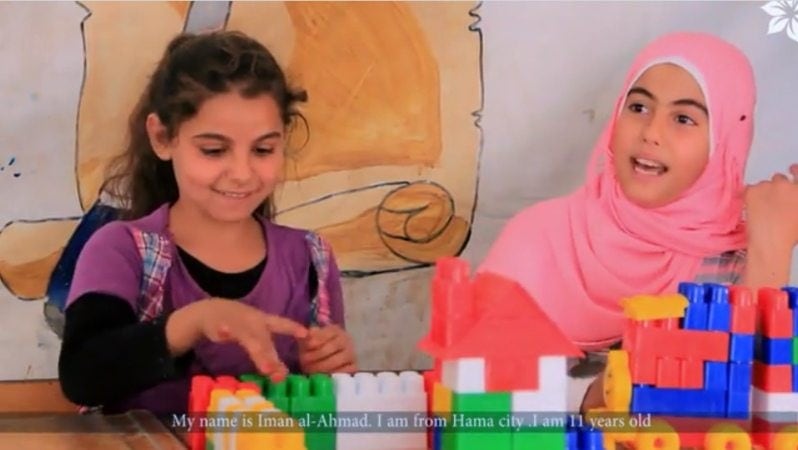 A film from Syria – for dream Garden by Purpleman 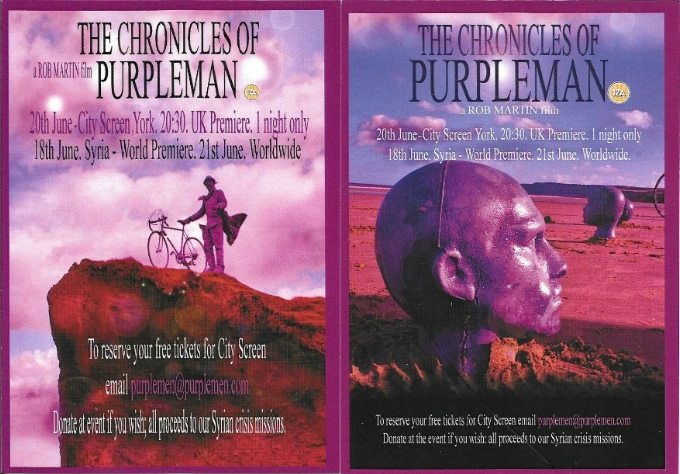 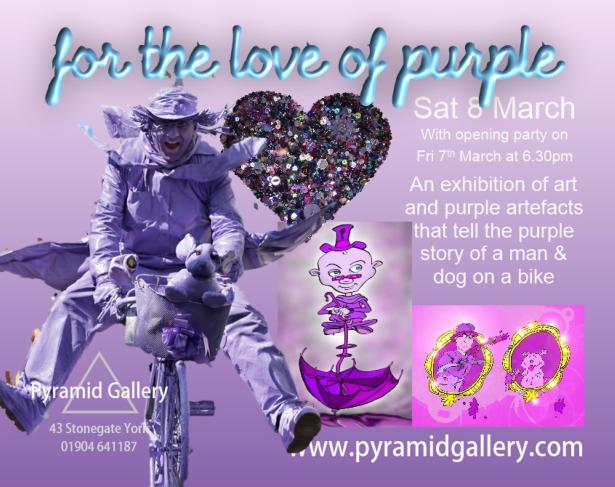 On the street, they say he is from a purple planet where they eat only purple potatoes, but such talk is nothing more than purple myth. Purpleman  has been riding his bike down Stonegate for longer than I can remember. One day he might get to the end.I have walked passed him almost every time that he has been out there being purple. I often wondered whether he had much to say, and eventually evolved my regular nod of the head into a verbal greeting and one day just stopped and spoke to him. He did speak. He has lots to say. Try it yourself. What is your name? ‘Purpleman’ Where do you live? ‘Purple Land’ Is it uncomfortable on that bike for 10 hours? ‘I don’t know, I go into a purple trance’ He will even offer you a lift on the purple bike. 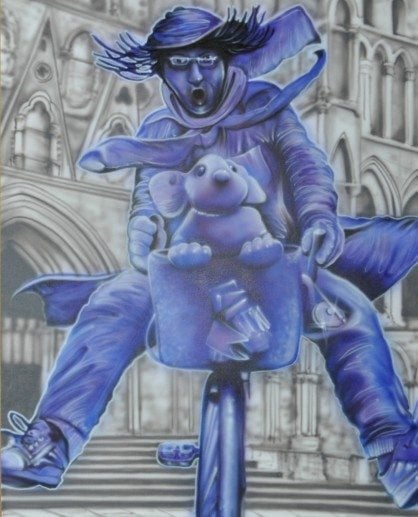 Then one day, Purpleman told me about his purple art, and much ‘Purpleman inspired’ art by other artists and asked me if it would be possible to host a purple exhibition at Pyramid Gallery. A year on, and it is actually going to happen. Pyramid Gallery will become purple on Friday 7th March at 6.30pm. There will be a party, so if you want to meet the purple enigma and discuss purple issues with him over a glass of purple wine, then please come and join in.

Much of the work will be for sale (apparently he often sells purpled paint brushes to tourists – trade is bristling!) and there will such delights as purpled puppies, purpled paint sculptures and purple skulls bristling with josticks. The show is called ‘For the Love of Purple’ and is a celebration of , well, purple. If purple is not quite your thing, it is perhaps because you haven’t had enough of it. In immense quantities it truly is intoxicating. There are some fine pieces of art in this collection and Purpleman himself has produced many pieces that are either whimsical, reflective or sometimes controversial. You will see here many facets of the purple psyche, expressed in a very distinctive fashion, with lots of purple paint.

After this exhibition, sometime soon, Purpleman will leave York. He will embark on a mission taking toys to children who are suffering the effects of the war in Syria. If you would like to donate a toy, please bring it to Pyramid Gallery. I too have offered that the gallery commission for any sales will also be donated to that cause. So please buy a brush or a purple puppy, or a piece of purple art, and be assured that the funds will go to a really, really worthwhile cause. 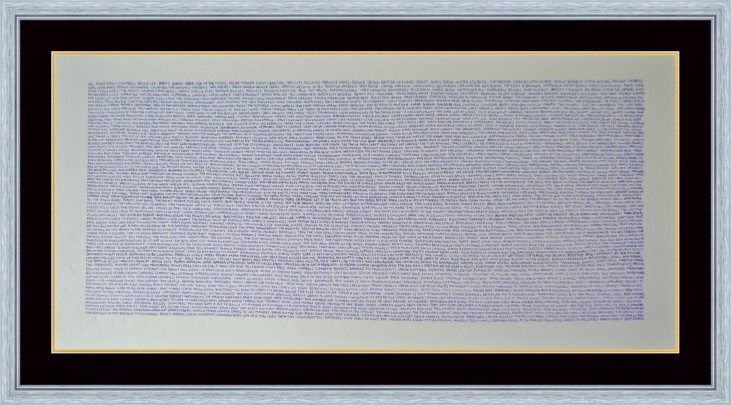 70’s icons and memories written in purple by Dexter 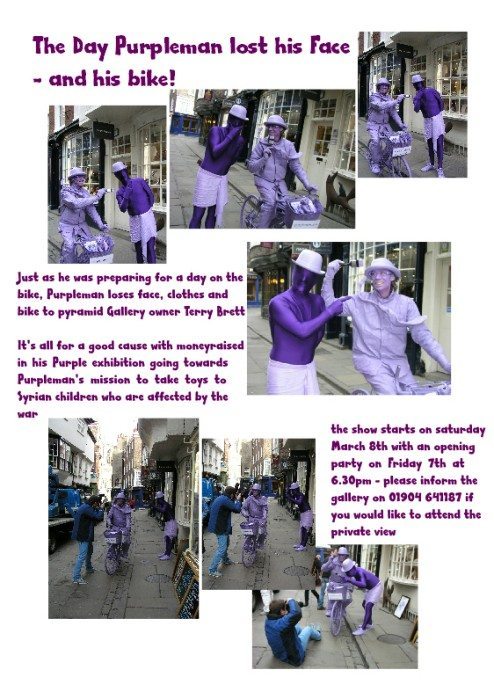 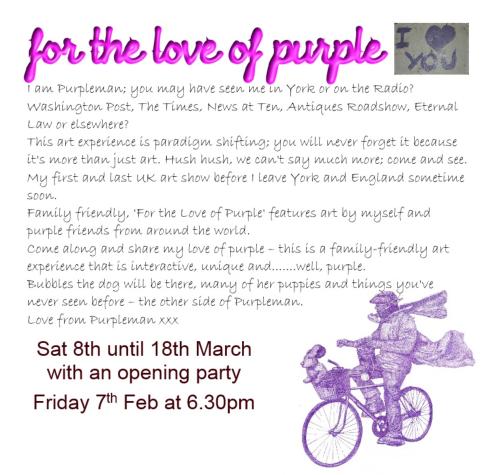 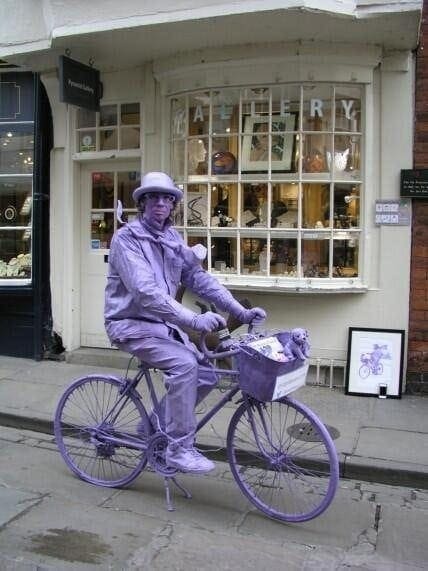 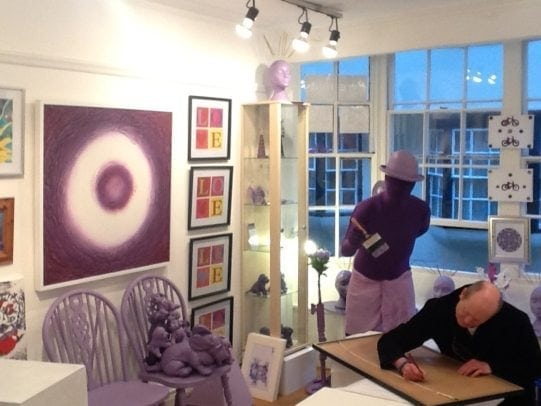 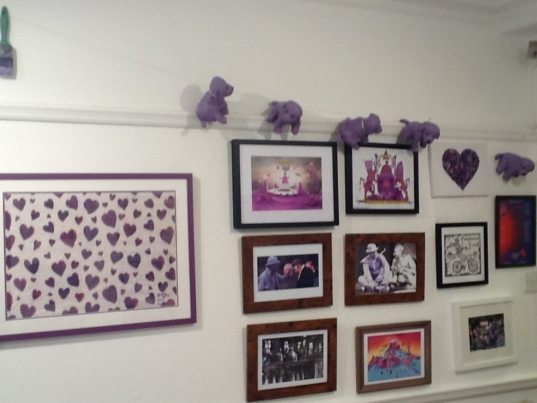 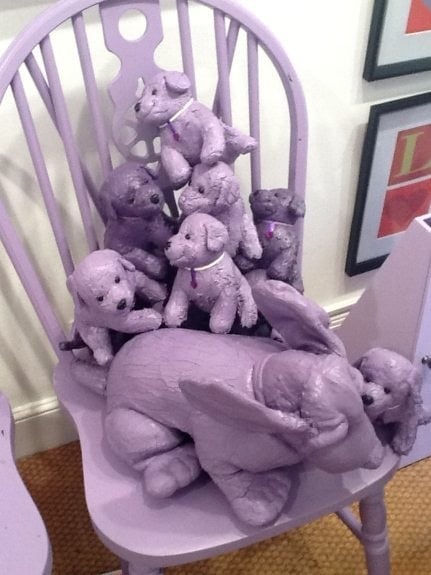 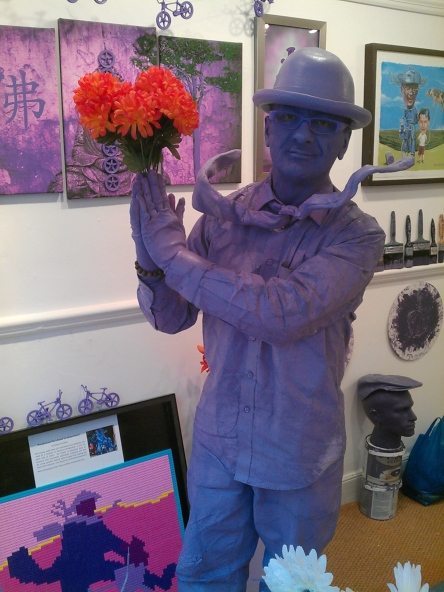 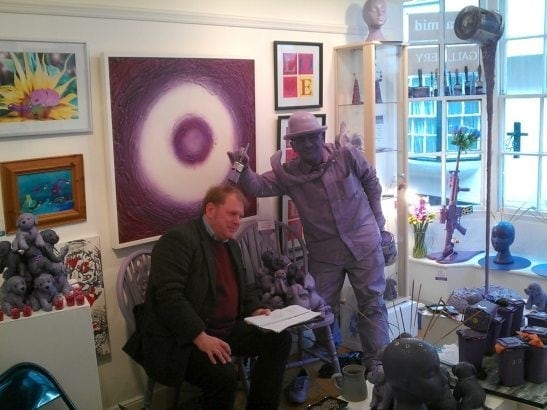 Charles Hutchinson of York Press gets the purple brush 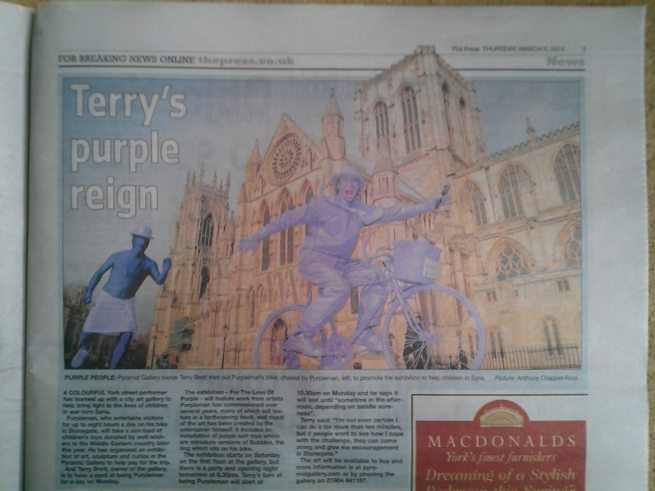 Page 3 of the York Press article by Charles Hutchinson